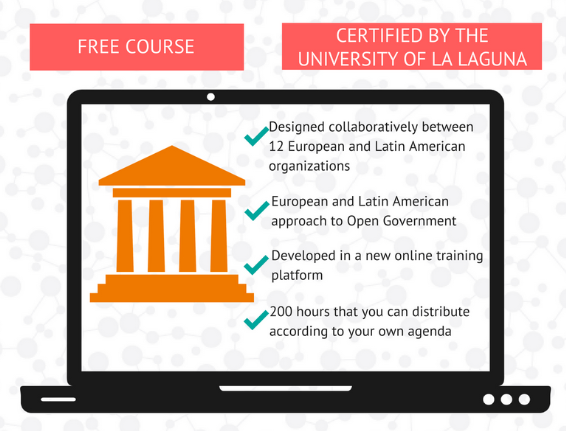 Open Government is the paradigm that is revolutionizing public management around the world, transforming its conception and practices. Its scope is very broad, envolving multitude of actors, such as the media, academia, politics, civil society and citizenship, who takes on an active role in the policies’ development/implementation/evaluation.

The online specialization course is developed within the framework of TOGIVE project (Transatlantic Open Government Partnership), co-funded by the Erasmus + program and is the result of the collaboration of 8 European and Latin American Universities: University of La Laguna (Spain), University of Bucks (United Kingdom); UNINETTUNO (Italy), UNR and UMET (Argentina), UAEMEX and UNIVDEP (Mexico), with the collaboration of private entities such as NovaGob, EVM and AV6.